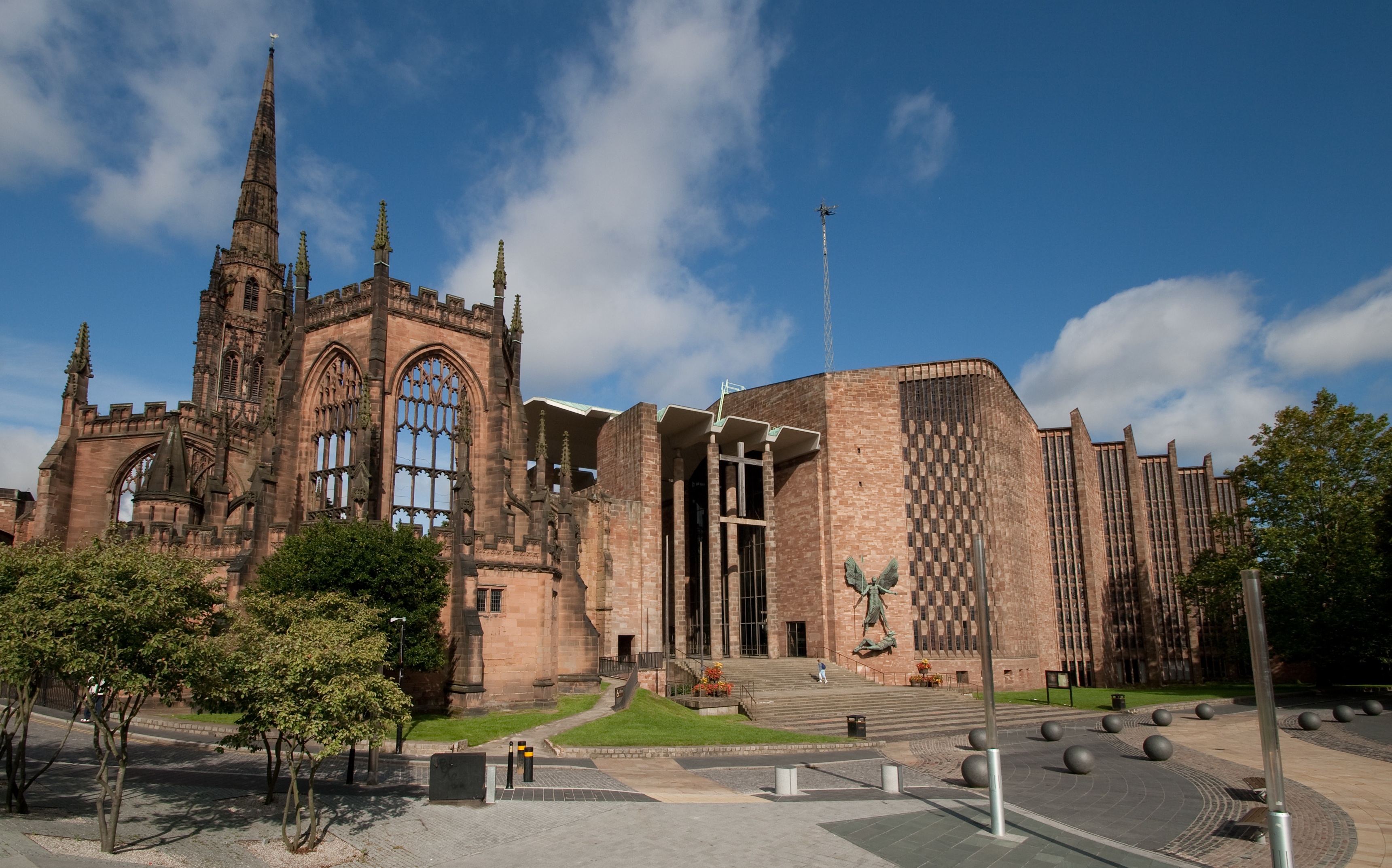 “Scarred Lands & Wounded Lives” is to play a prominent role in a conference to be held at Coventry Cathedral (England).   A special screening followed by a panel debate and questions from the audience to discuss issues arising from the film will take place the night before the opening day of the Cathedral’s 2-day “Reconciling a Wounded Planet” conference to be held Sept. 18-19, 2015.

This will be the second time Coventry Cathedral has made use of “Scarred Lands.”  Its Reconciliation Ministry Team showed it in 2012 during the Cathedral’s November Peace Festival.

For this conference at Coventry Cathedral, destruction of the environment by war is a moral issue:

“With environmental issues that affect the stability and integrity of God’s earth, conflicts over limited resources, destruction caused by war and urbanization, and the demand for economic growth at the expense of biodiversity, we seek to complement and build on Coventry’s international reputation as a place committed to a ministry of reconciliation.”